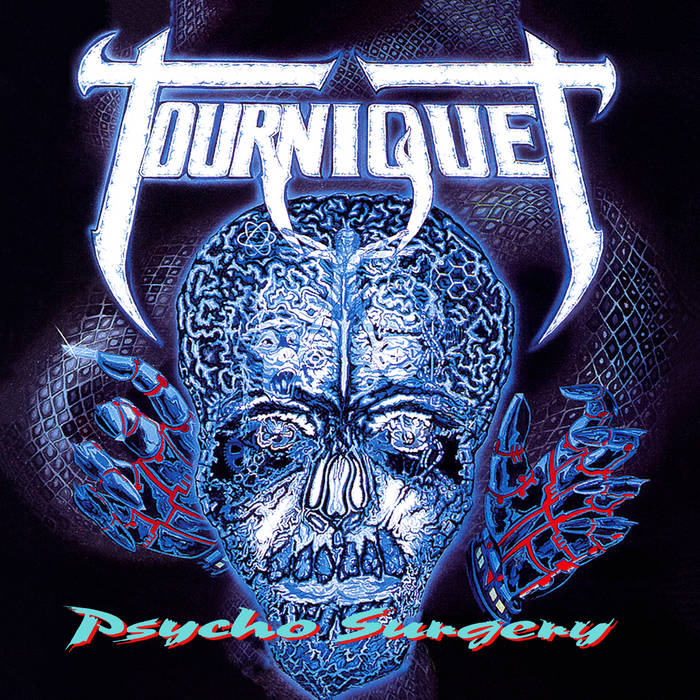 wespaul2000 I love this album (there are no Tourniquet albums I don't love). The standouts for me on this one are the vocals. So so good!

With Psycho Surgery, the band went in a more modern, experimental, and technical thrash-metal style, incorporating heavy doses of classical music-influenced guitar riffs, complex tempo changes, and virtuosic guitar solos. One reviewer described the album as “Slayer plays Beethoven….” The title track is the closest thing the group has to a signature song. It opens with the dissonant sounds of an orchestra tuning, then introduces strangely growled vocals beneath a barrage of other sounds. Radical and abrupt time changes, dissonant harmonies, and a melodic vocal chorus all account for the song’s initially inaccessible but ultimately mesmerizing appeal. The allegorical lyrics about all sorts of medical practices seem to be about the process of developing a new heart and a new mind. Maybe it was best said by Heaven’s Metal reviewer, Chris Gotto, “A timeless slab of gut-wrenching metal, combining the best of technical riffs, progression, speed metal and love of classical music in a way that only these Christian thrash kings can.” The 2020 reissue is reloaded with a 16-page insert with loads of never-before-seen band pics, and four exclusive bonus tracks never-before-released (two live tracks and two demo tracks). And, you also get an all-new 2020 remaster by Rob Colwell of Bombworks Sound which makes this is THE ultimate collector’s dream for deluxe reissues!

Tourniquet has earned six GMA Dove Award nominations and won recognition globally from magazines such as Modern Drummer, Guitar Player, Metal Hammer, and HM Magazine, where Tourniquet was voted “Favorite Band of the 1990s” and won “Favorite Album of the 1990s.”